This is the fandisk for Koiken Otome, focusing on subheroines Chiharu, Shiho and Mari. There are also after stories for the 4 heroines from the original game and an intense episode with the Kotona.
Hau~ Omochikaeri~! 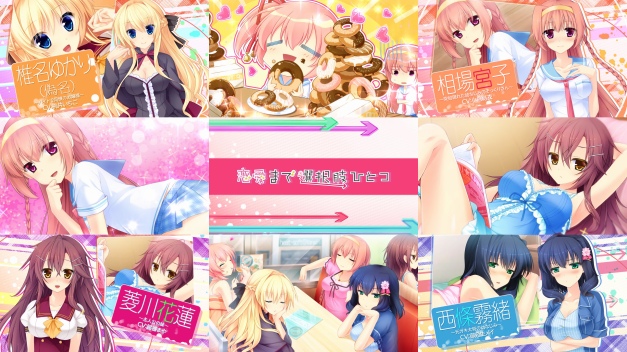 Riku and his childhood friend Misora loved each other, but she passed away in an accident when they were in grade school. Ever since then, love has become a trauma for him and he did everything to never have the same kind of relationship with another girl again. He treated his childhood friend Kirio like one of his guy friends. He considers his lady co-worker Yukari as a rival. Misora’s younger sister Suzuho, who’s quite attached to him, is like a follower to him. His younger sister Karen seems to hate him. He continued to live his normal life without looking at them as women. However, one day, a girl who looked exactly like Misora appeared before his eyes. He suddenly became aware of his feelings, and so did all the other heroines. – Hau~ Omochikaeri~! 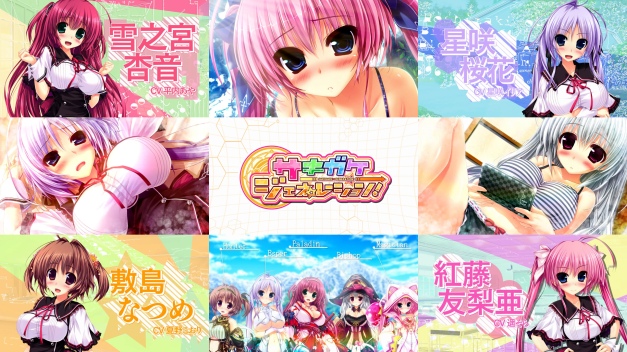 Alice lives alone in an old barber shop in the shopping district of the rose-coloured town. It was the second spring at her school and nothing special happened. That was until one day when she was exploring a clock tower in a forest a ways from the school with a friend and found a strange diary which had been dropped. She took it home with her and when she opened it, the days of a young boy were spelled out there. It was the story of first love and a broken heart. – Hau~ Omochikaeri~!