Lilythtia International School is located in Mitsuoka-chou where Kento lives, attracting many students from overseas. He helped out every day at his father’s flower shop Florist Ogiwara in the shopping area with the intention of carrying on the family business in the future. One day while he was on an errand, he was assaulted by a beautiful girl who he had seen at the school before. When he woke up in the hospital afterwards, her servant Riel told him that she was Runastia, a succubus ‘princess’ who has a weak body. She asked him for help since his life force was special and it may be able to cure Runa. After giving it some thought, he decided to transfer to Liliythtia, which was actually a school for succubi. Surrounded by ero classmates, will he be able to graduate from the school without being sucked dry? – Hau~ Omochikaeri~! 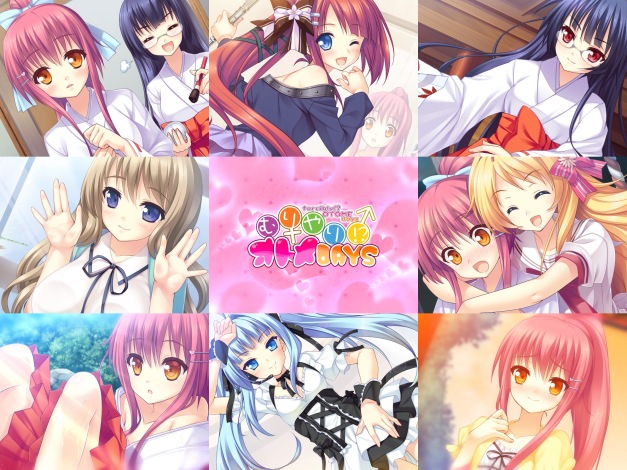 Makoto is a boy with pure and cute looks that rival the prettiest girls. He has a complex about his looks and trains to become more manly, but has nothing to show for it. His osananajimi Kiyora asked him to help out at her family’s shrine. Since he cannot turn down a girl’s request, he ended up working there as a miko. He became popular among the shrine visitors and with Kiyora planning more things, how far will his cross-dressing go!? – Hau~ Omochikaeri~!